✅ Get all clips in original quality on Shutterstock: https://bit.ly/2TRLMedia
⠀⠀
👍 Please Like and Subscribe for more videos.
⠀⠀
The Bibi-Heybat Mosque (Azerbaijani: Bibiheybət məscidi) is a historical mosque in Baku, Azerbaijan. The existing structure, built in the 1990s, is a recreation of the mosque with the same name built in the 13th century by Shirvanshah Farrukhzad II Ibn Ahsitan II, which was completely destroyed by the Bolsheviks in 1936.
⠀⠀
The Bibi-Heybat Mosque includes the tomb of Ukeyma Khanum (a descendant of Muhammad), and today is the spiritual center for the Muslims of the region and one of the major monuments of Islamic architecture in Azerbaijan.
⠀⠀
It is locally known as "the mosque of Fatima", which is what Alexandre Dumas called it when he described the mosque during his visit in the 1850s. 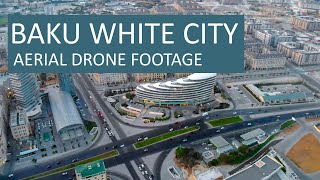